The MGM Grand fire of 1980 is shrouded in mystery. But what really happened that night is more disturbing than the myths surrounding it. When the original MGM Grand opened its doors in 1973, it was one of the world’s largest hotels. But on November 21st, 1980, it became known as the site of one of the worst hotel fires in history.

The fire claimed 87 lives and changed fire codes throughout the state of Nevada and the nation.

The only fire in U.S. history that claimed more lives than the one at the MGM Grand Hotel in Las Vegas was the Winecoff Hotel fire, which killed 119 on Dec. 7, 1946, in downtown Atlanta. Fortunately, helicopters from nearby Nellis Air Force Base were able to rescue more than 1,000 people from the roof of the MGM or the death toll would have broken that record.

The Myth of MGM

The rumor that the MGM Grand was destroyed by fire persists even though the building is still standing. This myth has taken on mythical proportions and even appears as a fact in Frommer’s Las Vegas, although it is false. There was a fire in MGM Grand Las Vegas, but it was contained to the casino and first floor.

The building didn’t suffer any serious structural damage. There were also some bad juju rumors that caused it to fall apart and be rebuilt, but they weren’t true. In fact, the original MGM Grand wasn’t demolished at all. Instead, the fire damage was repaired and the building was sold to Bally’s five years later. Under the sale, Bally’s changed the hotel to the well-known Bally’s Las Vegas. A new MGM Grand (the one you know today with mirrored windows and the iconic lion statue) opened in 1993, south of the original MGM. The original hotel tower where most deaths occurred continues to operate today.”

When the fire alarm sounded at 7 a.m. on Nov. 21, 1980, in a deli at the East end of the casino, an employee noticed smoke and called security. He searched frantically for an extinguisher but couldn’t locate one. Fleeing customers were trapped by smoke that was climbing up the wall at 17 feet per second; it blew out glass doors and converted stairwells, elevator shafts, and air-conditioning ducts into chimneys. The fire was contained two hours later but it killed 87 people—more than half died on floors 19-24 of the hotel tower from inhaling carbon monoxide and heavy black smoke when they slept in their rooms during the four minutes that passed after flames reached their hallways.

A Legacy Up in Smoke

After a fire gutted the MGM Grand in 1980, it reopened eight months later with automatic sprinklers and a fire alarm system throughout the property. (Thanks to the fire, these were now legally required.) As part of a $50 million remodel, a second 26-story tower was added later in 1981.

But visitation slumped because of bad publicity from the fire and years of ensuing litigation. An investigation into the fire that destroyed the MGM Grand in 1980 revealed disturbing details. For instance, installing the automatic sprinklers that the Las Vegas Fire Marshal had recommended, but which were not yet required by law, would have added only $200K to the $106 million cost to build the hotel from 1972 to 1973.

Yet the hotel refused and the Clark County Building Department took its side, stating that because the building operated 24/7, automatic sprinklers weren’t required throughout the premises. The MGM Grand, which took responsibility for the fire, eventually agreed to pay $223 million to victims and their families. Las Vegas didn’t have enough law firms to handle all the litigation. Disgusted by the failures of the hotel and casino, MGM sold the hotel and casino to pinball and slot machine manufacturer Bally Manufacturing in April 1986.

Rising From the Ashes

While no one was paying attention, MGM Grand owner Kirk Kerkorian quietly acquired the property to build a new MGM Grand a mile south of the old one. The new MGM Grand opened in 1993 and still operates today. In the meantime, Bally’s has switched hands several times.

Hilton Hotels acquired the property in 1996 and spun its casino resorts division into Park Place Entertainment, which was renamed Caesars Entertainment and acquired by Harrah’s Entertainment in 2005. The old MGM Grand, which was severely damaged in a 1980 fire, is getting rebranded again after its new owner, Caesars Entertainment Corp., bought it last July. The new name for the hotel-casino—it’s now called the Horseshoe—is a reference to Binion’s Horseshoe; it’s where the World Series of Poker was founded in 1970.

Meanwhile, in a giant game of Strip do-si-do, the Bally’s name is expected to migrate southward a mile and land on the Tropicana. Bally’s Corporation purchased the property from Gaming and Leisure Properties for $308 million this year. The fire at the MGM Grand in 1980 was the worst hotel fire in the history of Las Vegas. In the 42 years since then, hundreds of thousands of guests have slept in the rooms where dozens died from smoke inhalation. 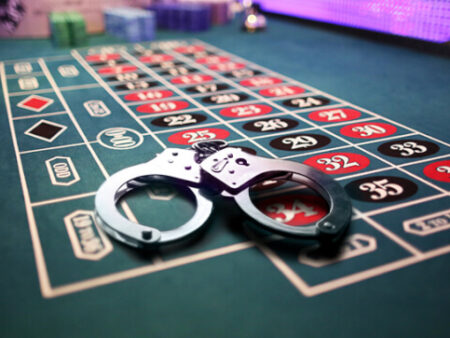 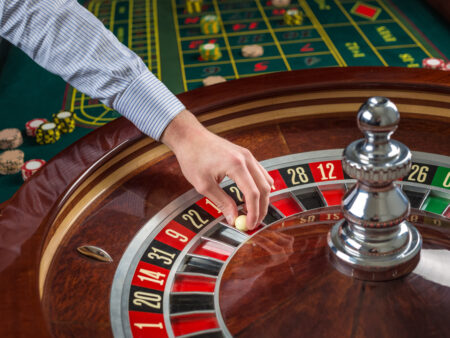